Vedic Spiritual Heritage Foundation (VSHF) is a not for profit charitable organisation formed with an aim to provide knowledge-based guidance and harmonious living with nature as per the tenets and doctrines of Hindu faith.

The purpose of the foundation is to disseminate the Vedic way of living by propagating its philosophy, principles, learnings and practices found in religious tenets, doctrines and observances associated with the Hindu Faith.

The objective of VSHF is to promote the Vedic way of life to live with the nature not against the nature. Yogic life is a way to break free from limitations we humans have imposed on ourselves to regain the clarity that reflects our highest potential and to empower our soul consciousness through meditation. Vedic living is the path to master our mind and senses.

Vedic life is a medium to unite people of different races, religions, traditions, across different nationalities. It can help in creating a world as one family.

Promoting unity amongst people of different races, religions and ethnicities

Satish Thakkar is President of Vedic Spiritual Heritage Foundation (VSHF). He is a Canadian entrepreneur, a renowned professional, a committed community leader and passionate philanthropist. In recognition of his contributions to enhancing Canada-India bilateral ties, the Ottawa-based Embassy magazine named Satish as one of the top foreign policy influencers and Canada’s Parliamentary Standing Committee on Foreign Affairs and International Development heard him on the future course of Canada-India bilateral ties in 2013.
In 2012, as President of the Indo-Canada Chamber of Commerce (ICCC), Satish catapulted the then 37-year-old Toronto-based bilateral chamber to new heights.

A year later, looking for an Indo-Canadian to spearhead its outreach into Canada’s Indian community, the William Osler Health System Foundation nominated him as the Chair of the Indo-Canadian Friends of Osler, and Satish pledged to raise $1million for the foundation.

A FCGA from Ontario and Chartered Accountant from India, he is also the Founder CEO of the Excelsior Group (EFG Canada) — a Real Estate Development and Investment Group.

He is at forefront in helping people — irrespective of their ethnic origins — to understand their talents and nurtures the spirit of entrepreneurship in them. His belief in the Vedic values of selfless service (volunteerism) and mentorship has inspired him to mentor & guide people.

In 2011, Satish was part of the core team that organized the biggest convention of the Indian Diaspora in North America, PBD Canada 2011. Building upon the convention’s foundations, he worked hard to help in institutionalizing the Indo-Canadian business community’s relationship with all the three tiers of government in Canada.

As part of this effort, he led a major trade mission of Canadian small businesses to India in collaboration with the City of Markham.

A Yoga enthusiasts, Satish organized one of the biggest 3rd International Day of Yoga Celebrations in 2017 in Toronto attended by over 10,000 people. He is currently serving as National Convenor with Canada India Foundation, a policy think tank engaged in influencing public policy for strengthening
Canada India bilateral relations.

Satish was honoured with the Ivy Thomas Award by CGA Ontario for his outstanding business, public service and charities in 2013. Hon. Ed Fast, Canada’s Minister for International Trade and the Asia Pacific Gateway, nominated Satish with the Queen’s Diamond Jubilee Medal in April 2012.

As President of the ICCC, Satish accepted, in January 2012, the PravasiBharatiyaSamman Award (PBSA) – the highest accolade of Government of India to an overseas organization. Later that year, the Canadian Immigrant magazine awarded him the Top 25 Canadian Immigrant Award. The Mid-Week Newspaper Group awarded him the South Asian Professional of the Year award in 2011, and ICCC bestowed him with the Member of the Year award. 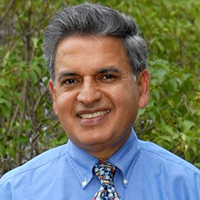 Dr. BhallaCorporate Secretary
Dr. Bhalla is a certified orthodontist. He is a graduate from the University of New York of Buffalo where he attained his Doctor of Dental Surgery in 1986.
View More

Dr. Bhalla is a certified orthodontist. He is a graduate from the University of New York of Buffalo where he attained his Doctor of Dental Surgery in 1986. Dr. Bhalla continued his education of the St. Louis University Medical Centre located in St. Louis, Missouri where he achieved his Certificate of Orthodontics in 1988. In 1993, Dr. Bhalla was certified by the Royal College of Dental Surgeons enabling him to practice as an Orthodontist in Ontario, Canada. Dr. Bhalla is a member of many Orthodontists organisations in North America and active member of the Mississauga Erin Mills Lions Club. Dr. Bhalla resides in Mississauga with his wife Uma and two sons Sean and Rohan. 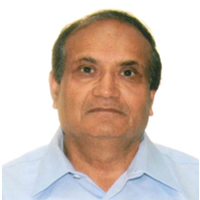 Mr. Jain is President and CEO – Soneil Group of Companies. Mr. Jain is an accomplished Businessman, Entrepreneur, Technologist and Community Leader. He turned his small initiative into over 40 companies in the group spread over 4 continents. The Soneil group comprises of companies in Manufacturing (Battery Chargers and Power Supplies), Real Estate and Properties.
With over 25 years of business development experience, Mr. Jain started the business in 1994. He innovated a new design of battery charger which was smaller and lighter. Mr. Jain actively involved in all aspects of his business from design, manufacturing, and quality control to sales and marketing. Mr. Jain diversified into other ventures including Education, Real Estate, Trading etc. The group assets worth today is over $600 Million.

Mr. Jain did his Bachelor of Science, from Allahabad University, India, B.Tech from IIT Madras, MSc from University of Saskatchewan and MBA from Rotman School of Management.
He is member of the Professional Engineers of Ontario, P. Eng.